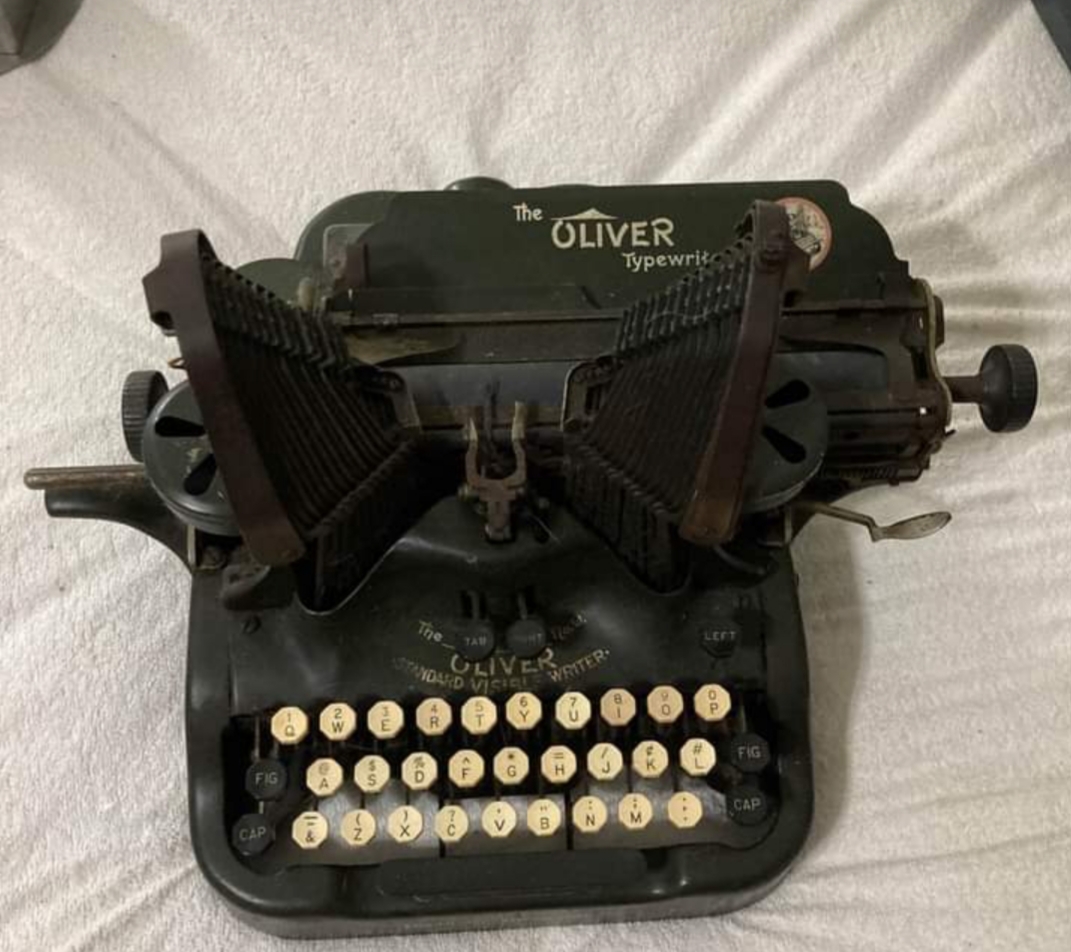 As a writer, typewriters have a mystical allure I can't resist.

I played on my mother’s clunky Remington and, as a journalism grad student, learned to type on an IBM Selectric. And now I save my money to buy antique machines.

In 1714, a patent for “an artificial machine ... for impressing ... letters ... one after another, as in writing, whereby all writings...may be engrossed in paper or parchment … ”was granted to an Englishman, but nothing came of it,

In the 19th century, inventors attempted various kinds of machines. Most were large and cumbersome, some resembling pianos in size and shape, and all were much slower to use than handwriting. “Successful” commercial production began only with the “writing ball” of Danish pastor Rasmus Malling-Hansen (1870—a well-engineered device that looked rather like a pincushion.  Nietzsche’s mother and sister once gave him one for Christmas. It appears he hated it.

The first machine known as a typewriter was patented on 23rd June 1868, by printer and journalist Christopher Latham Sholes of Wisconsin. His second model, patented in 1868, finally wrote at a speed far exceeding that of a pen. Unfortunately, Sholes encountered difficulty raising working capital for development. In 1873 he sold his patent rights for $12,000 to the Remington Arms Company, gunsmiths. They began marketing their first typewriters in 1874.

That year, Twain purchased his first typewriter, $125, and used it to write Tom Sawyer. Anecdotally, in 1875, he wrote to the Remington company that he was no longer using his typewriter; it corrupted his morals because it made him want to swear. 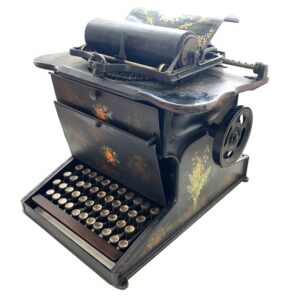 The S&G was a decorative machine, boasting painted flowers and decals. It looked rather like a sewing machine, as it was manufactured by the sewing machine department of the Remington arms company.

The earliest machines were understroke or “blind” writers. The typebars were arranged in a circular basket under the platen (the printing surface) and typed on the bottom of the platen. This meant that the typist had to lift the carriage to see her work.

Remington, and competitor Underwood, soon became dominant presences in the industry. In fact, The US Navy ordered 250 Underwood typewriters in 1897. By 1915, the company employed 7,500 workers and produced 500 typewriters daily to meet market demand.

Even though he had been unsuccessful in the marketing of his invention, Sholes knew that the typewriter, seen as a gender-neutral machine, would be vital in helping women to “more easily earn a living,” especially in business and politics. 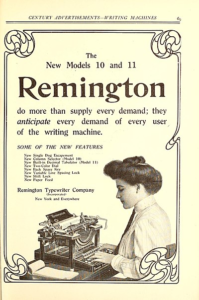 While the typewriter wasn’t responsible for opening the office world to women—the shortage of men during the Civil and first World wars,  and the increasing division of labor and specialization of office work, played a bigger role—it did encourage the feminization of office work. In 1870, census takers recorded seven women stenographers and typewriters (as typists were then called) in the nation’s workforce. In 1890, there were nearly 45,000, and 64 percent of stenographers and typists were women. The next ten years saw a 300 percent rise, and by the 1920 census, the number had grown to half a million.