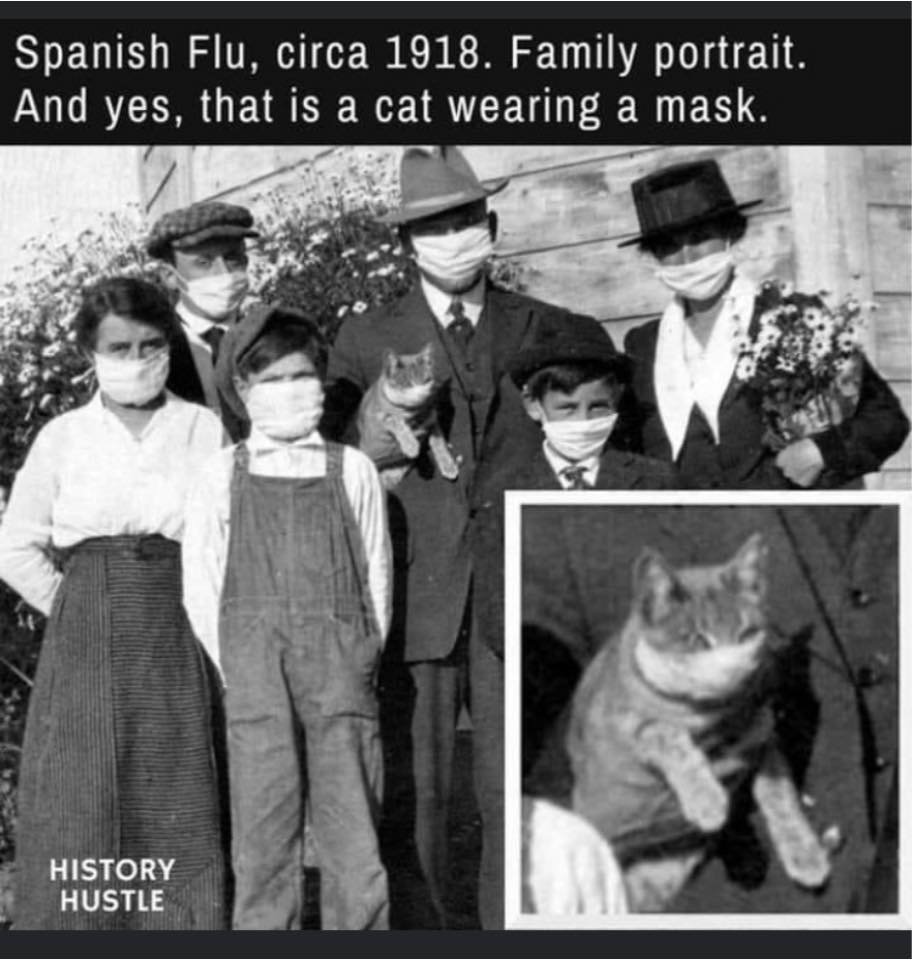 Two pandemics, one hundred years apart, and masking is still the order of the day.

In 1918, it was the Influenza Pandemic, and masks — fashioned from gauze and cheesecloth -- 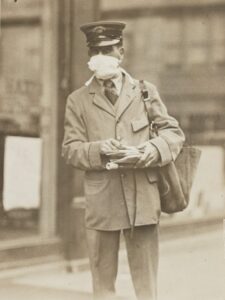 were called muzzles, germ scarers and dirt traps. They gave people a “pig-like snout. Some people snipped holes in their masks to smoke cigars. Others fastened them to dogs in mockery. Bandits used them to rob banks. Anyone notice similarities to the current Covid situation?

Just as today, masking stoked political debate and division between the pros and antis. But, experts argued, masks were the first line of defense, and by the Fall of 1918, seven cities — San Francisco, Seattle, Oakland, Sacramento, Denver, Indianapolis and Pasadena, Calif. — had mandatory face mask laws in effect. Some specified a thickness of at least 4 layers. The penalty for violators ranged from $5 to $10, or up to 10 days’ imprisonment.

Even self-distancing started with the earlier pandemic. In 1918, at the annual convention of the Illinois Equal Suffrage Association, they set chairs four feet apart, closed doors to the public and limited attendance to 100 delegates.

In a final parallel irony, the mask mandates were revoked only to be reinstated . San Francisco celebrating their unmasking on Nov 21, but a second wave of the deadly "Spanish Flu" and a month later, city supervisors were proposing a new mask mandate. 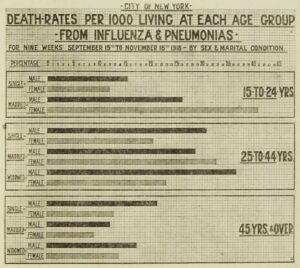