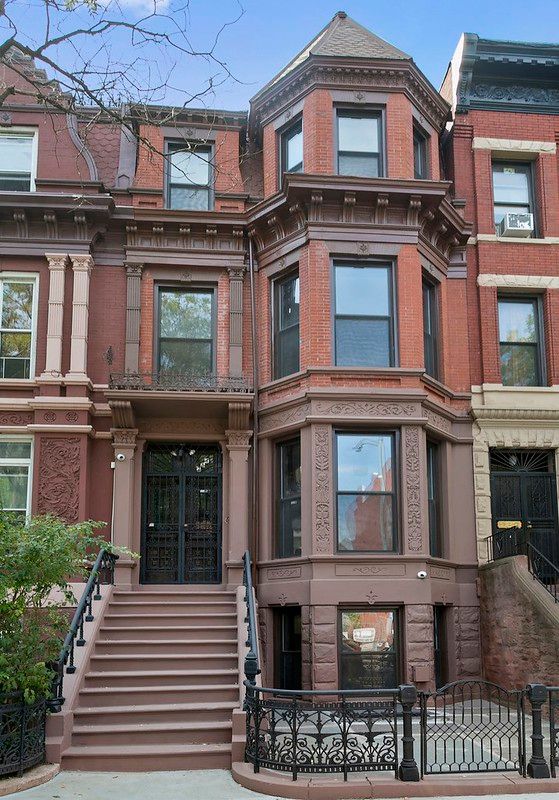 Brownstones are an essential part of New York's DNA. From the mid-1900s all the way to today, New Yorkers have enjoyed a special relationship with these stately single homes and their special architecture.

Way back when, my grandparents owned a NYC brownstone, as did their parents. In fact, my mother was born in my great-grandmother's Harlem brownstone. My grandparents, on the other hand, bought theirs on Mulberry Street, in a neighborhood that abutted both Little Italy and Chinatown. I only saw the building after they'd moved to the suburbs, but the street and all those wonderful facades made an impression on me even as a teenager.

Brownstones are all townhouses, but not all townhouses are brownstones. A brownstone is, in most cases, a row house, and only a small part is built of actual brownstone. The townhouse itself built out of durable brick, covered with only a 4-to-6" veneer of brownstone, a soft, close-grained triassic sandstone. Brownstone is too soft —subject to cracking and crumbling — for permanence. In fact, brownstone is pink when applied and only becomes brown with age and exposure to the elements. It requires constant maintenance and repairs, or it will disintegrate.

The first brownstone rowhouses were built in the early to mid-19th century and melded the art of Romantic Classicism with the pragmaticism of the Industrial Revolution: beauty which could be built quickly and efficiently.

Interestingly, most of NYC's brownstone came from a single location: neighboring Connecticut's Portland Brownstone Quarry. The cut stone was moved by barge and unloaded at docks along the Hudson and the East River.  From there it would be moved and incorporated into a townhouse complete with a stoop, a rising front staircase, and ornate lintels.

Did you know that “stoop” is derived from the Dutch word stoep, which means “stair?” And that they were originally built not for social gatherings but to avoid the "waste" that covered NYC streets?