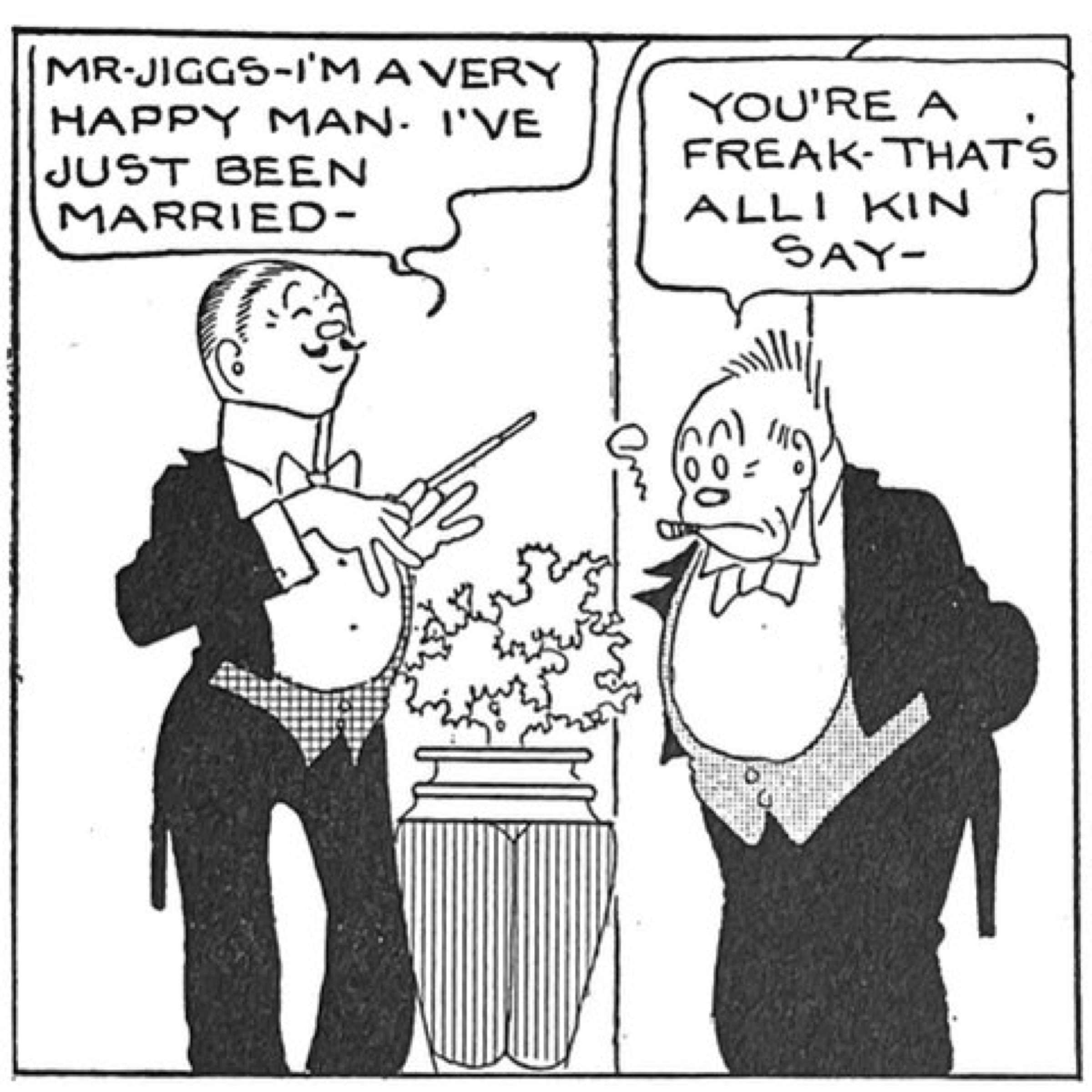 Who didn't love reading the Sunday funnies as a kid? My most vivid memory of my paternal grandfather is watching him paste Sunday comic strips into scrapbooks. After he died, my aunt gave me two of them as keepsakes. One is Jiggs and Maggie, the other a strip called The Bungle Family.

Jiggs and Maggie was originally created by cartoonist George McManus on January 2, 1913. It was first introduced as Bringing Up Father in Canada's Lethbridge Herald. Distributed by King Features Syndicate, it ran for 87 years, from January 2, 1913, to May 28, 2000. 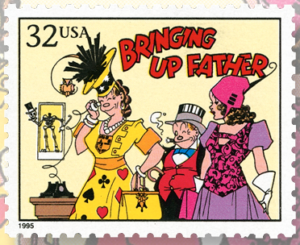 In 1995 the US Postal Service issue a 32-cent commemorative stamp.

The strip was later titled Jiggs and Maggie (or Maggie and Jiggs), after its two main characters, whom the cartoonist had introduced in other strips as early as November 1911.

The strip's humor centers on a grumpy, mischievous, immigrant Irishman named Jiggs -- a former bricklayer's assistant -- who won a million dollars in a sweepstake. Now nouveau-riche, he pines for his former lifestyle. His constant attempts to sneak out with his old gang of working-class pals and hang out at the local tavern were often thwarted by Maggie, his formidable, social-climbing (and rolling-pin wielding) harridan of a wife.

Since their inception, comics have been used as a vehicle to address political and social issues in ways that promote free and open discussion while remaining funny and non-threatening.

The early 1920s saw many different perceptions of Irish Catholics, including "lace-curtain" Irish immigrants — a prominent social topic in the early 20s. Social climber Maggie represents the middle-class Irish American desiring assimilation into mainstream society, while lowbrow, "shanty Irish" Jiggs is happy with the status quo. Jiggs and Maggie, with their occasional malapropisms and left-footed social blunders, gave voice to the immigrants' anxieties and aspirations.