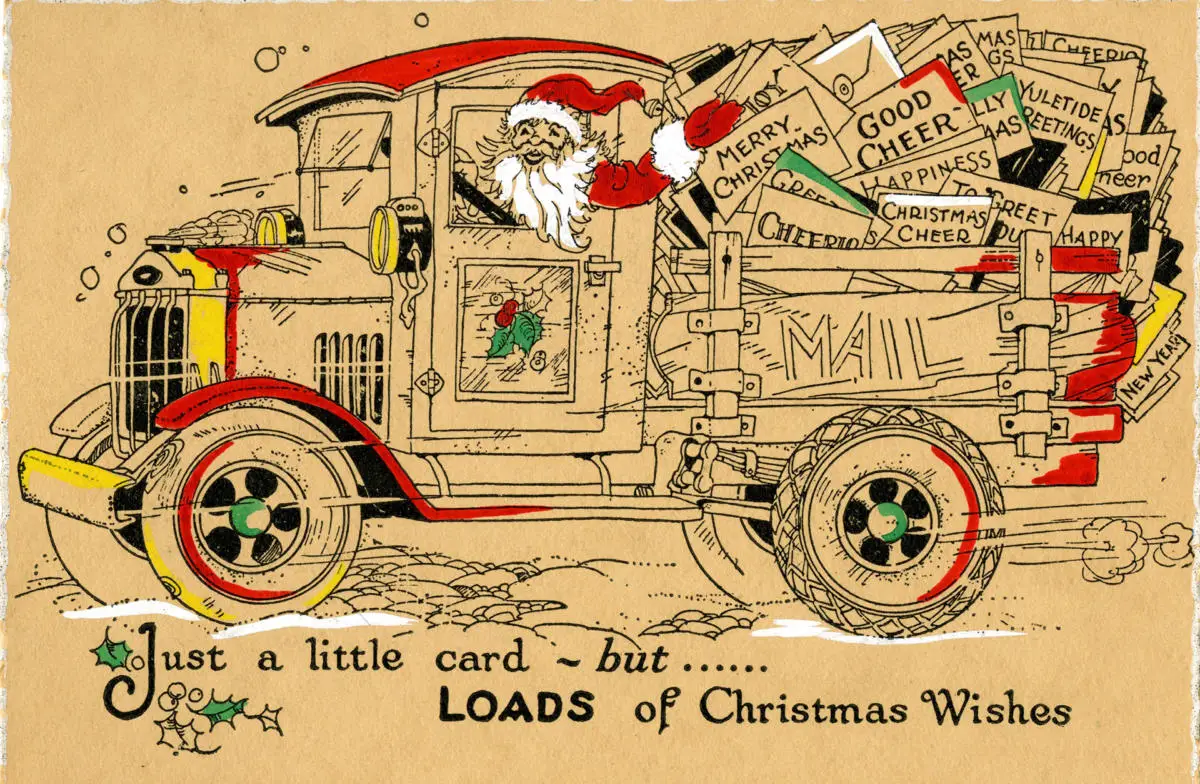 It's that time of the year again, when we look forward to celebrating Christmas with family and friends yet dread the myriad tasks the season brings, including baking dozens of cookies, decorating the house, wrapping presents, untangling the tree lights, and my own personal bête noire: writing Christmas cards.

Some say we have Sir Henry Cole, the first director of London’s Victoria and Albert Museum to thank (or curse). A very busy man, in 1843, Cole commissioned London artist, John Calcott Horsley, to design a card he could send to all his 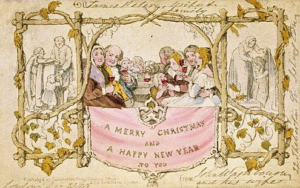 acquaintances. The end result was 1,000 engraved holiday cards featuring a prosperous-looking family toasting the holidays, flanked on both sides by images of kindly souls engaging in acts of charity. A caption along the bottom read, “A Merry Christmas and a Happy New Year to You.”

On this side of the pond, many consider Louis Prang the father of the American Christmas card. A political refugee from Silesia, and a printer/engraver by trade, Prang settled in Boston where he applied German lithographic techniques to printing. At Christmas in 1873, Prang began creating greeting cards for the popular market in England and began selling the Christmas card in America in 1874. 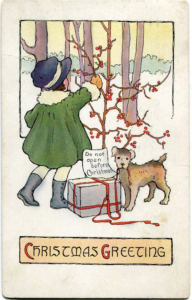 As technology continued to improve, holiday-card manufacturing became an increasingly lucrative—and competitive—venture. While homemade Christmas cards remained very popular, by the late 1920s, more than 5,000 labored in dozens of factories turning out cards. Christmas postcards were also popular in the early 20s.

Today, in the US alone, more than 1.3 billion cards are sent annually. Hallmark, which produced its first Christmas card in 1915, now offers more than 2000 designs.