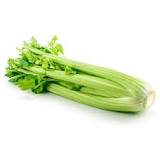 Writing historical fiction entails huge amounts of research. Some of the best sources are old newspapers and magazines. Once you get started it’s hard to stop, particularly when you come across headlines like the one below, which appeared on this day in 1925 in the New York Times.

Could you stop reading after that headline? Of course, not.

The front-page article went on to say that employees of a Franklin Street celery market were held up at gunpoint just after being paid. Three employees turned over their pay envelopes, but a fourth, an “undersized” celery washer, rather than putting up his hands as ordered, grabbed a bunch of celery and hurled it in the robber’s face.

The robber fell to the ground and, as he lay there, fired three shots from an automatic pistol. One bullet struck the celery washer, Laboccchiari, in the throat, another in the chest, and the third in the other hand.

Following Laboccchiari’s example, the other employees grabbed hammers, nail pullers, pitchforks, and celery and attacked the three robbers. After firing more rounds, two of robbers fled, leaving their wounded companion at the mercy of the infuriated workmen.

Sergeant Henry Powell and patrolman Fred Nichols of the Oak Street station had heard the shots and reached the scene just in time to save said remaining robber from being impaled on a pitchfork. Four additional detectives arrived shortly, and the two wounded men were taken to the Beekman St. Hospital. The wounded robber was identified in the article as Antonio Greco, 22 years old, of 293 Elizabeth Street. The column ended with the news that the hospital reported neither of the wounded men were expected to survive through the night.

Imagine that story competing for NY Times 'page one' space with the war in Ukraine and concerns over a possible cryptocurrency exchange collapse.