Every jockey dreams of winning a big race. Few succeed, but those who do rightfully celebrate their victory. All except Frank Hayes.

In 1923, at 22 (or possibly 35 — records are few), Hayes had yet to win his first race. He had only recently transitioned from trainer and stable hand to jockey. Imagine his surprise and excitement when, only one day before the race, his employer’s daughter, Miss Frayling, chose him to ride her horse in New York’s Belmont Stakes steeplechase.

Sweet Kiss was considered a long shot at 20 to 1 odds. The punters’ favorite was Gimme, ridden by J.S. Cosden. Once the two-mile course and its 12 jumps were almost fully cleared, Hayes and Sweet Kiss suddenly took the lead on the last turn, pulling ahead of Gimme.

Imagine the spectators’ surprise when Sweet Kiss crossed the finish line in first place, in a surprise victory, by a nose.

The seven-year-old mare was leading by just a head and the spectators rose to their feet as the 20/1 shot beat Gimmie. Hayes was slumped forward on the horse as they passed the winning posts and many thought he had been whispering encouragements into the mare’s ear.

More surprises were in store. 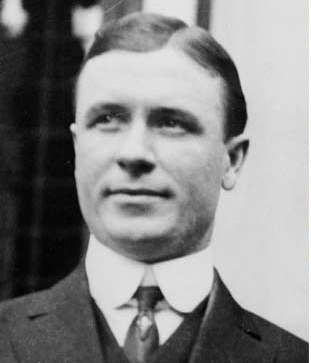 As Miss Frayling and race officials came to congratulate the winning jockey, he toppled out of the saddle. Dead. Despite the unique situation, the race was uncontested and Belmont’s jockey club declared Hayes the winner.

The track doctor, one Dr. John A. Voorhees, determined Hayes had suffered a fatal heart attack in the latter part of the race, yet his body remained in the saddle. The cause of the heart attack remains unknown, but could be linked to the excitement of riding his first race or as a result of having to reduce his weight to 130 pounds — a 12 pound loss in 24 hours. Local newspapers claimed he spend several hours jogging the morning of the race and climbed into the saddle “weak and tired.”

A week later, Hayes was buried in the same riding silks he wore during his first — and last — win.

According to the Guinness book of Records, Frank Hayes is the only known to have won a race after death.

As for Sweet Kiss, the mare never raced again. Legend has it her nickname “Sweet Kiss of Death” made it difficult or impossible to find another jockey willing to mount the horse. She retired — unbeaten — after her first, and only, race.