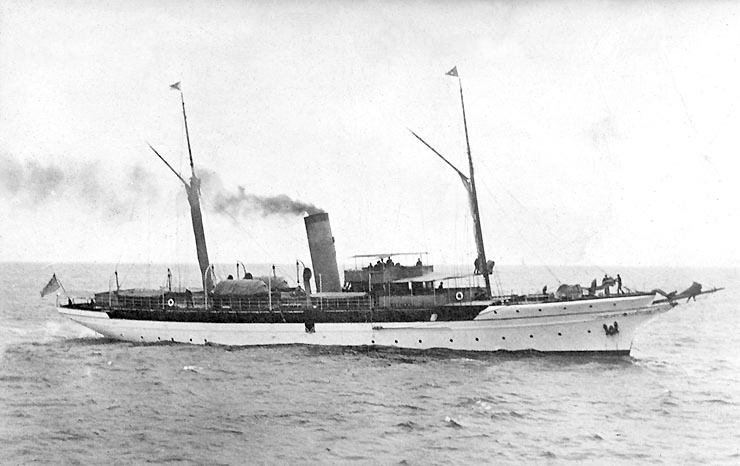 In November 1924, movie studio pioneer Thomas Ince attended a party on William Randolph Hearst’s private yacht, the Oneida. All of this is indisputable. But what happened next?

There were 15 guests aboard the luxury yacht that weekend, including Hearst, his mistress Marion Davies, actress Seena Owen, and author Elinor Glynn. A full and accurate guest list was never compiled, but several accounts list Charlie Chaplin among those aboard.

Ince, who was celebrating his 43rd birthday, was to be the guest of honor. Mrs. Ince, who had also been invited, decided not to go along on the trip because she was unwell.

Ince was attending the premiere of his latest film, "The Mirage" and missed the boat when it sailed from San Pedro but joined the floating party in San Diego. For the cruise, no expense was spared. The yacht was stocked with the finest food, vintage champagne, bootlegged booze, and a jazz band hired to entertain the guests.

According to reports printed in the Hearst-owned newspapers, during the evening, Ince complained of indigestion. On the following morning he and Dr Goodman (a trained but not practicing physician and a Hearst's employee) left the yacht via water taxi to return to Los Angeles.

Ince "officially" died two days later, on November 19th, reportedly by natural causes — a heart attack. A speedy cremation followed his death, and an official inquest was never held, only a DA's hearing. That, however, did not stop the Hollywood rumor mill which quickly churned out alternative scenarios, the main one being that Hearst, who suspected his mistress of having an affair with Charlie Chaplin, accidentally shot Ince instead of Chaplin.