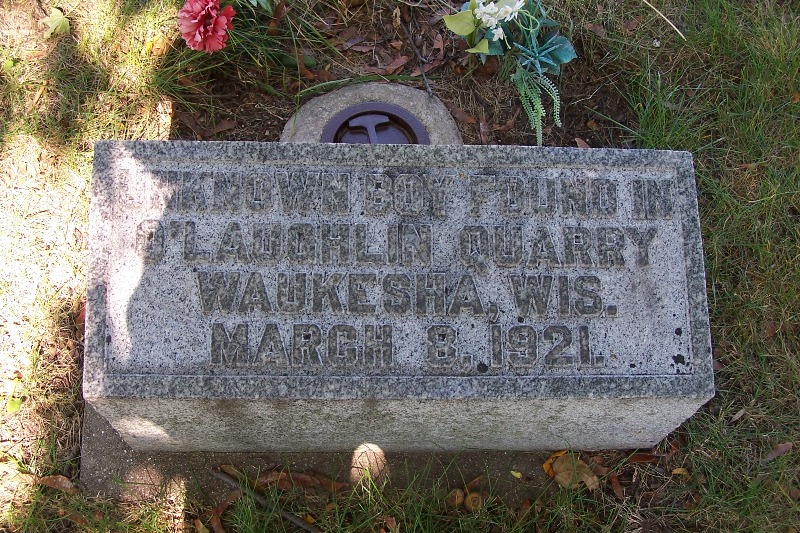 Consider the case of Little Lord Fauntleroy — not the English one, but the unidentified American boy found murdered in Waukesha, Wisconsin, in 1921. That’s not his real name, but the one given to him by the press.

On March 8, 1921, the body of a boy were found floating in a pond near a quarry in Waukesha, Wisconsin. He had been struck with a blunt instrument and could have been in the water for weeks or several months.

Who was the boy blond-haired, blue-eyed child with the missing tooth? No one knew. Authorities estimated he was between five and seven years old, but they had no reports of missing children. Because of the quality of his clothing, they suspected he was from an affluent family. Why had no one reported him missing?

An employee of the O'Laughlin Stone Company reported he had been approached by a couple driving a Ford car five weeks before the body was found. The woman, who was crying, asked if he had seen a young boy in the area, while the man accompanying appeared more interested in the quarry pond, according to the employee. The couple could not be found for questioning. 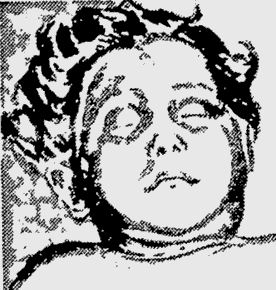 Police displayed his body at a local funeral home, trying to identify him; no one claimed the body. The boy was buried on March 17, 1921 in a casket bearing the inscription: Our Darling.

One possible scenario is that Little Lord Fauntleroy was abducted from a wealthy family in another location and disposed of somewhere else to prevent his identification.

To add to the mystery, there were sightings of a woman, wearing a heavy veil, who would occasionally place flowers on the boy's grave. Some have speculated that this woman knew the actual identity of Little Lord Fauntleroy.

In 1949, a medical examiner from Milwaukee, Wisconsin suggested that investigators felt there may have been a connection between the unidentified boy and Homer Lemay, a six-year-old who disappeared around the same time the child died. Lemay was said by his father, Edmond, to have died in a vehicle accident during a trip to South America when he was being cared for by “family friends”, but there was no record of his death. Edmond Lemay stated that he learned of his son's death from a South American newspaper that detailed the accident. Detectives were unable to find any information about the accident or even the existence of the family friends.